Nashville has already been the proud recipient of some major restaurant openings this year, and things do not look to slow down this fall. Here is a rundown of the most hotly anticipated upcoming restaurant openings, plus a few additional updates on other projects worth keeping an eye on. 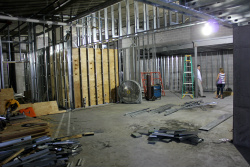 1) Sobro: The Farm House
Address: 210 Almond St
The Players: Trey Cioccia
The Situation: Next month, chef Trey Cioccia, formerly of Capitol Grille and Cantina Laredo, will open his first restaurant, The Farm House, at the Encore condo building in Sobro. The concept, "built on the roots of our historical state," is all-American to the core, from its locally sourced ingredients (including Cioccia's own farm) and reclaimed interior finishes, to the U.S.-only wine, beer and liquor program.
Projected Opening: Third week of September
· [All Coverage of The Farm House]

2) 12 South: Josephine
Address: 2310 12 Ave S
The Players: Miranda Whitcomb, Jim Lewis, Andrew Little
The Situation: Restaurateur Miranda Whitcomb, whose other concepts include Frothy Monkey and Burger Up, has teamed up with local businessman Jim Lewis to form Community Hospitality LLC, and Josephine is the group's first project. Located on the ground floor of the soon-to-open 12 South Flats apartment building, not a whole lot is currently known except that it plans to highlight "old school cooking techniques, emphasize proteins and utilize relationships." Chef Andrew Little, who previously helmed the well-regarded (and now shuttered) restaurant at Sheppard Mansion in Hanover, Pa., will be running the kitchen, and with his background, seems well-suited for this project.
Note: Community Hospitality's other announced restaurant, Prima, will be located in the Terrazzo condo development and is slated to open sometime in early 2014.
Projected Opening: Early October 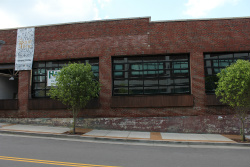 3) The Gulch: Saint Anejo
Address: 1120 McGavock St
The Players: Chris Hyndman
The Situation: Chris Hyndman, head of M Street Entertainment Group (Kayne Prime, Virago, Whiskey Kitchen, Tavern), is at it again, this time opening Saint Anejo, "a chic, cantina-style Mexican restaurant." The menu will be a mix of classic Mexican and Tex Mex dishes, and the bar program will of course focus heavily on tequilas, with an upstairs room, the Tequila Library Lounge, set aside for special tastings.
Note: The Rosewall, M Street's upcoming event space, is also set to open in the fall next to Saint Anejo.
Projected Opening: Mid-October
· [All Coverage of Saint Anejo]

4) The Gulch: The 404 Kitchen
Address: 404 12th Ave South
The Players: Matt Bolus
The Situation: Situated in the boutique five-room 404 Hotel in the Gulch, the Kitchen at 404 puts chef Matt Bolus at the helm of his very own kitchen. A veteran of local favorites Flyte and Watermark, as well as FIG in Charleston, SC, Bolus will be offering a "modern take on classical European cuisine." The restaurant itself will be located in a storage container, with planned seating for 45. This is one to really keep an eye on.
Projected Opening: October
· [All Coverage of The Kitchen at 404] 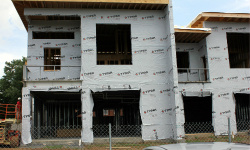 5) East Nashville: Two Ten Jack
Address: 1900 Eastland Ave, Suite 105
The Players: Patrick Burke, Jason McConnell
The Situation: Nashville gets its first izakaya as Two Ten Jack gears up to open in phase two of East Nashville's Walden development. Patrick Burke (owner of Zumi Sushi) and Jason McConnell (chef/owner of Franklin restaurants Red Pony, 55 South and Cork and Cow) make up Seed Hospitality, the development group behind the concept. Expect an assortment of ramen dishes, yakitori and other twists on traditional Japanese pub food, as well as a craft cocktail program. These guys have a proven track record, so this should be a cool addition to the local scene.
Projected Opening: Mid-November
· [All Coverage of Two Ten Jack] 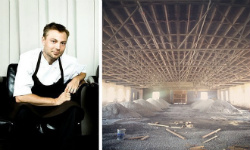 Also of Note: While not a restaurant in the traditional sense, Sean Brock's The Stables at Husk is poised to begin hosting his 'Workshop Sessions' and guest chefs any day now. Chopped judge Maneet Chauhan has her eyes on the Gulch for her first restaurant outside of NYC/Chicago, Chauhan Ale & Masala House, and hopes to open by the end of the year. But with no location announcement yet, this could very well get pushed to winter 2014. Kalamata's owner Maher Fawaz will open his new Lebanese bistro, Epice, in 12 South later this fall.

Notable Expansions: Martin's Bar-B-Que Joint is expanding to the Belmont area and should open before the end of the year. Popular burger/shake spot Burger Republic in Lennox Village will also be expanding, opening their second location in the new Pine Street Flats apartment project in the Gulch.