New Belgium's Pumpkick Is the Beer of the Season

If you buy something from an Eater link, Vox Media may earn a commission. See our ethics policy.

Share All sharing options for: New Belgium's Pumpkick Is the Beer of the Season 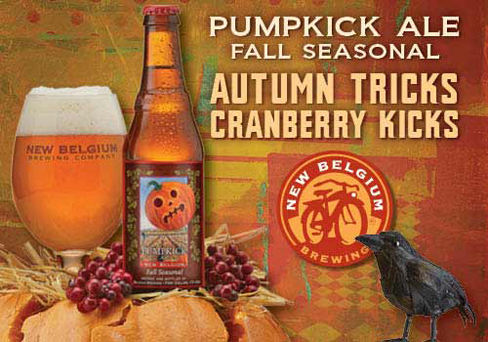 Those who weep over the end of summer have clearly never experienced the glorious taste of a solid pumpkin brew. New Belgium's Pumpkick Ale will convert autumn naysayers everywhere. The recipe includes some usual suspects—cinnamon, nutmeg, allspice—but an unexpected kick of cranberry adds a pleasing tart flavor. Aromas of that spicy pumpkin and cranberry marry with a hint of lemongrass, making it a truly unique ale. Learn more here.

In celebration of the season, New Belgium Brewing challenged fellow craft breweries who also brew pumpkin beers to a pumpkin carving contest. In the coming weeks, we'll reveal their works. It's up to you to vote for the most impressive knife skills, for a chance to send $5000 to a charity of the winning brewery's choice. Check back here for details.