This past weekend chefs and food lovers from around the country made the pilgrimage to Nashville for the inaugural Music City Eats Festival. Day and night time tastings, chef demos, panel discussions, book signings and a rousing concert tribute to Tom Petty ensued. Here are some astute observations from quite possibly the biggest food event to ever hit Nashville:

1) On Friday as the majority of the guest chefs began to descend on the city, there seemed to be two destinations on everyone's immediate list: Husk Nashville and Robert's Western World. Even Giada De Laurentiis made an appearance with Jonathan Waxman at the much-loved honky tonk: 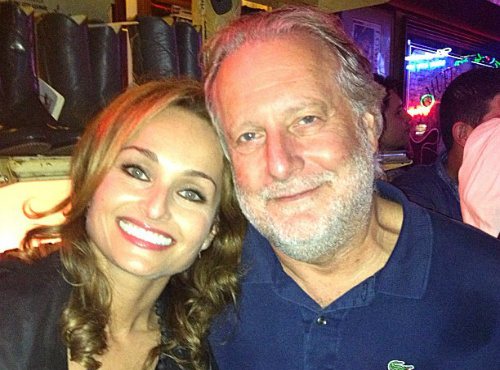 2) Saturday afternoon brought the first round of 'Flavors of Nashville' tastings and boozing, chef demos and panel discussions. The crowd was very manageable and lines moved quickly. First dish to get wiped out? Erik Anderson and Josh Habiger's maple thyme custard. Other hits of the day included Tandy Wilson's chicken sausage and Arnold Myint's take on a banh mi. Speaking of Myint, he pulled in a little extra help for the weekend, as Top Chef DC winner Kevin Sbraga came in town for a little R&D for his upcoming Philadelphia restaurant, The Fat Ham: 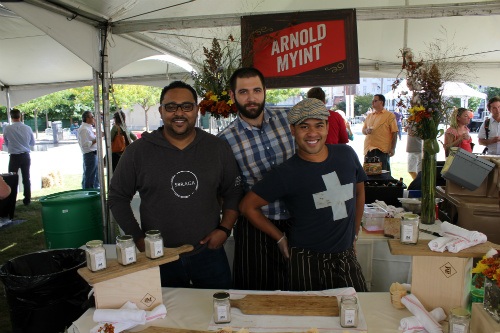 3) Darkness brought a shift in gears and venue, as attendees moved to Walk of Fame Park for 'Harvest Night,' where the event's guest chefs took their turn showing off their culinary skills. Award for longest line goes to Aaron Sanchez, with Tim Love a close second. Again, the crowd was a manageable size and lines not too painful. And if they were, there was always some alcohol-fueled help at the end of the road, as John Besh and crew demonstrated: 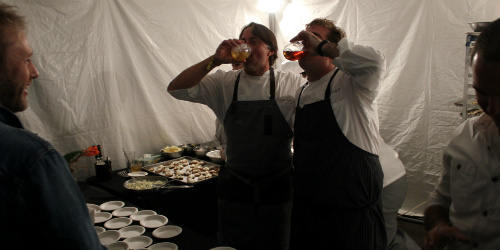 4) The action then moved to War Memorial Auditorium and Petty Fest, as attendees and chefs alike took a moment to turn their attention to Nashville's first grand tradition, music, as talent from around the country paid tribute to Tom Petty and the Heartbreakers. Scheduled performances by Kings of Leon, Emmylou Harris & Rodney Crowell, Norah Jones, Patrick Carney of The Black Keys, Jakob Dylan and many more were dotted with some surprise appearances, including a duet between Trisha Yearwood and Charles Kelley of Lady Antebellum: 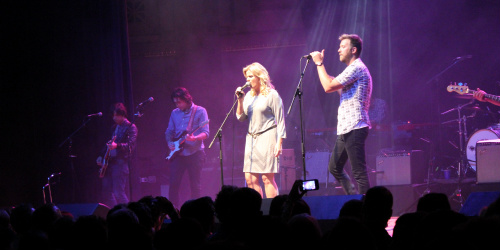 5) Through a food and drink-induced coma, attendees on Sunday afternoon made their way back for a final round of 'Flavors of Nashville' tastings and events. Special mention goes to the 'How Do You 'Q?' panel discussion, moderated by Tim Love and featuring Aaron Sanchez, Pat Martin and Carey Bringle, which got rowdy and R-rated pretty quickly, to the crowd's obvious approval. Crowd favorites for 'Flavors' included Martin's brisket sandwich, Hattie B's hot chicken, Sarah Gavigan's okonomiyaki and Joseph Lenn's blackberry glazed quail leg: 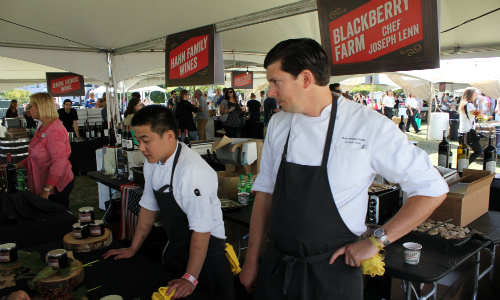 6) Will there be a Music City Eats next year? Hear it straight from them (via @MusicCityEats): "Thanks #Nashville! A great first year for #musiccityeats! We'll see you next year!"
· All Music City Eats Coverage [ENSH]

Heads Up Hermitage — Whataburger Is Finally Back in Tennessee

One Year After the Christmas Morning Bombing, Downtown Nashville Restaurants Are Still Recovering