Behold the Menus for Sinema

Share All sharing options for: Behold the Menus for Sinema

The doors to Sinema are now open, and chef Dale Levitski's kitchen is ready to deliver the goods. The dinner menu, which will change seasonally (as well as at the kitchen's whim) is broken down into three sections, the first offering an interesting selection of smaller plates, including foie gras, beef carpaccio, octopus and hot buttered prawns. Entrees run between $22 and $46 and provide a heavy dose of protein, such as the Bear Creek short rib and the Colorado rack of lamb, along with a few lighter options, like the barramundi and walleye. And don't forget the steaks, ranging from an eight-ounce hanger to a fourteen-ounce prime New York strip.

The desserts go from heavy (triple chocolate bouchon) to light (popcorn creme profiteroles), while also offering a selection of cheeses from East Nashville's Bloomy Rind and a seasonal fruit dish with spiced rose.

The upstairs bar and lounge has its own menu of smaller bites, including house-made ricotta, fritto misto and a 'cured, whipped and sliced' charcuterie plate. Caviar is also on offer here, with three different varieties. Try all three for $400.

A short list of specialty cocktails is available, as well as a concise, well thought out beer list featuring craft selections, including a few local favorites, on tap and by the bottle. The wine list is equally well-considered, providing a range of 'bubbles,' white and red wines from around the globe by the glass and bottle. 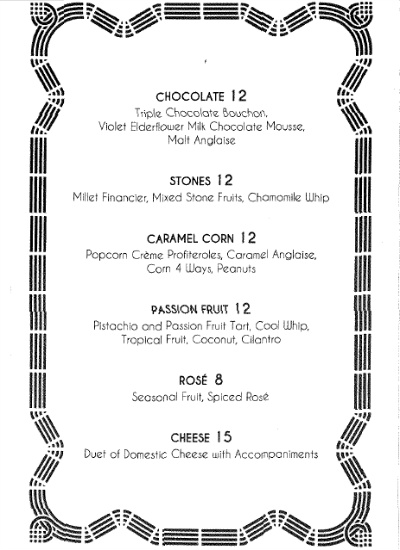 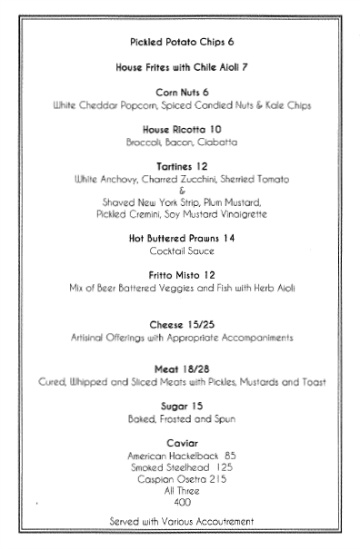 ['Concessions' menu for the upstairs bar and lounge] 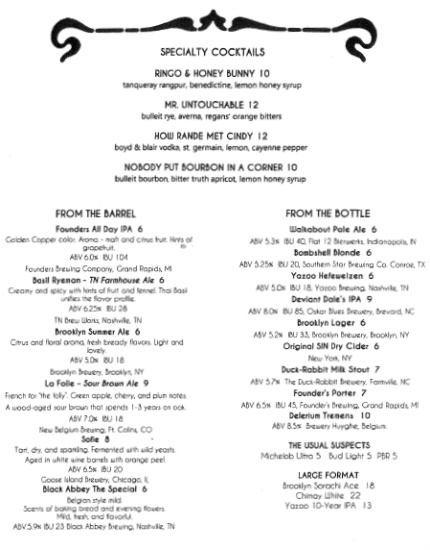 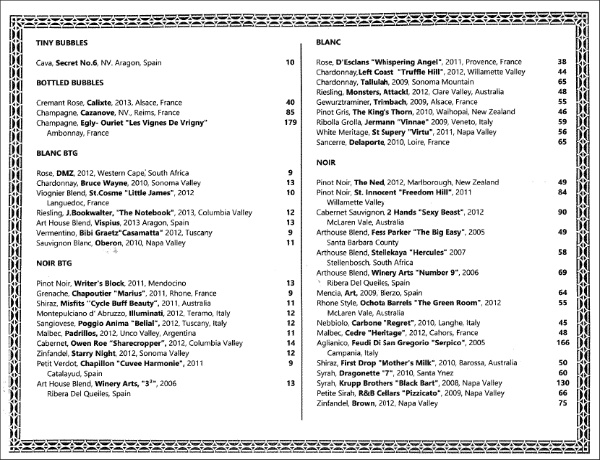