After a weekend of friends and family test runs, 'modern' steakhouse Union Common is now officially open in Midtown. Chef Bobby Benjamin offers the same menu for both lunch and dinner, with a heavy focus on shared plates and meaty cuts. On the small plates side, there are 16 selections, ranging from roasted bone marrow, lamb sausage and foraged mushrooms to sweetbreads and escargot, with prices from $8 to $26. Proteins run the gamut from 16-ounce grilled lamb chops and a 32-ounce ribeye to a duck fat roasted 20-ounce filet mignon, coming in at a wallet-crushing $90. For that seafood fix, the 'Nashville Tower' offers up jumbo shrimp, seasonal oysters, fresh jumbo lump crab and Maine lobster tail at $120. And rounding out the menu is a short list of salads, 'Common Classics' and traditional steakhouse desserts. 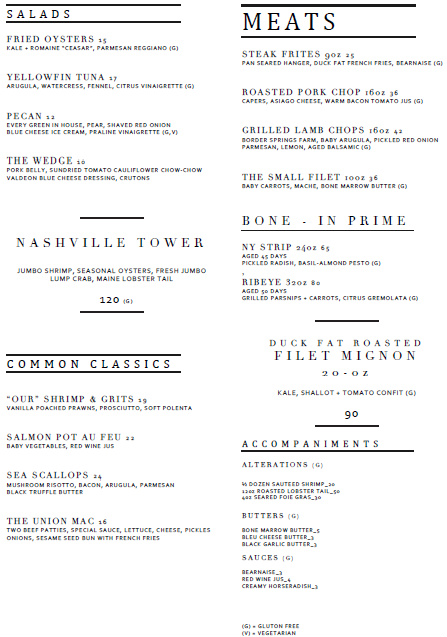 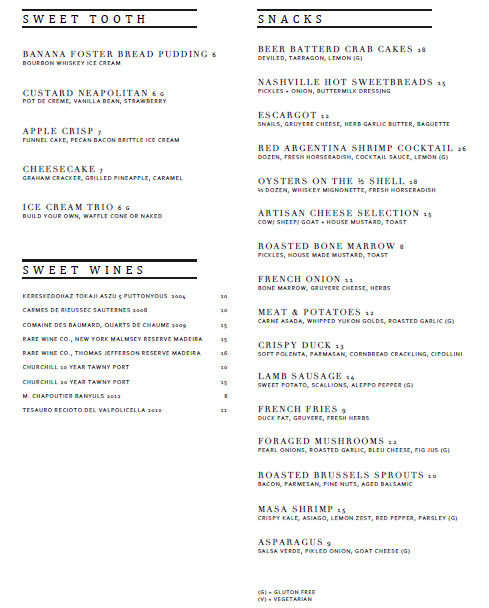 Eater Nashville Is Looking for a New Editor. Is It You?

Is Jon Bon Jovi the Next Music Mogul to Back a Lower Broadway Bar?