Pinewood Social's pools are ready for action, as the outdoor space is now officially open. This final phase of the project features two four-foot dipping pools and a variety of seating, along with that 30-foot Airstream trailer, which offers up different food and beverage menus from the rest of the restaurant and bar. On the edibles side, there is a small selection of $4 tacos, including braised kale and mushroom and slow-roasted pork carnitas, as well as grilled jerk chicken and a Cuban sandwich. Cocktails run the gamut from classics like the French 75 and margarita, to house creations with names like 'Smog Cutter' and 'Still Smoking, Different Chair.' The pool area is 21 and up and will be open seven days a week from 11 a.m. to 9 p.m., with reservations accepted for groups of eight or less. (UPDATE: This post has been edited to reflect changes to the menus.) 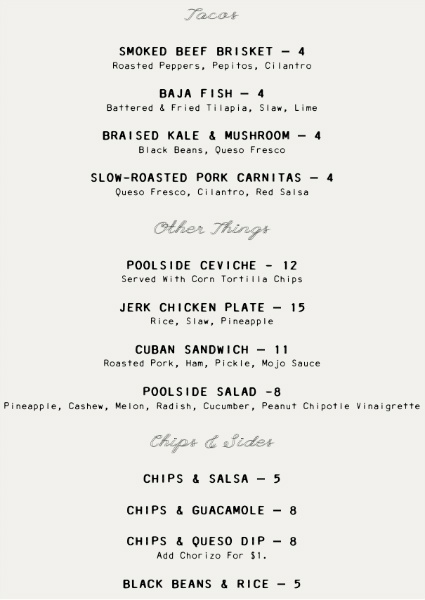 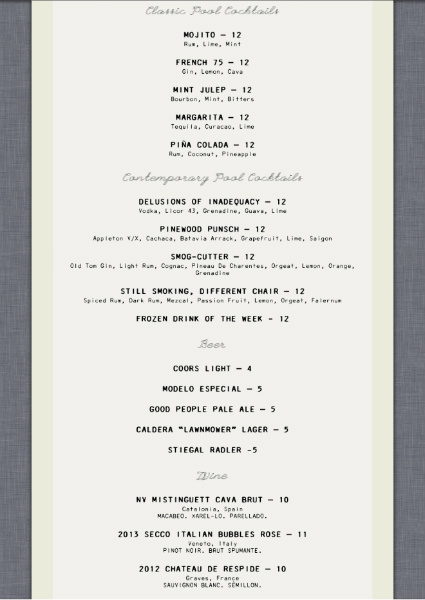 Heads Up Hermitage — Whataburger Is Finally Back in Tennessee

One Year After the Christmas Morning Bombing, Downtown Nashville Restaurants Are Still Recovering